Astana Finance Days, a series of forums focusing on finance and markets, took place 3-5 July in Astana ahead of the official presentation of the Astana International Financial Centre (AIFC) that took place on 5 July, Γράφει ο Assel Satubaldina. 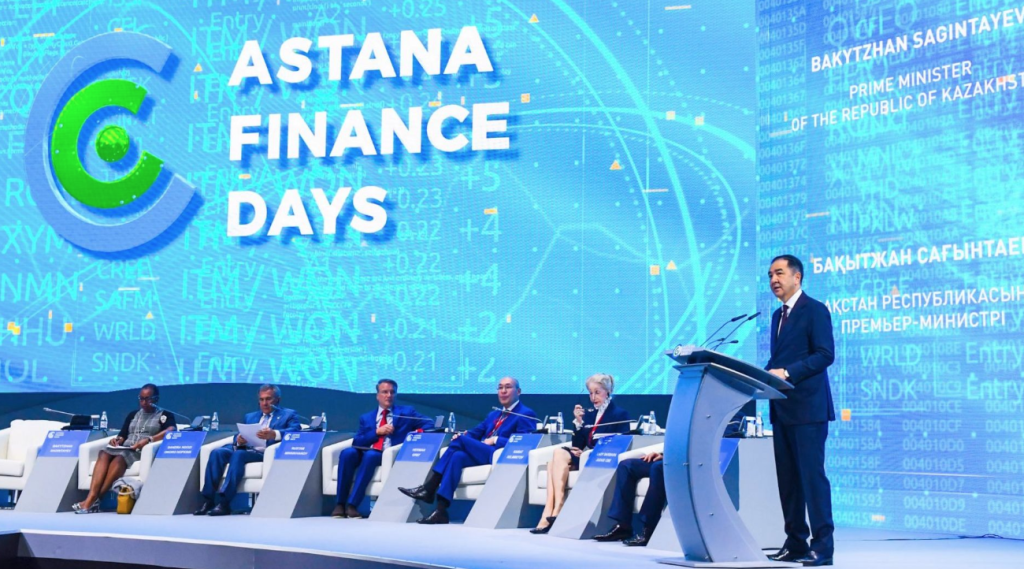 The Astana Finance Days gathered more than 150 speakers and 2,500 participants in the Kazakh capital for eight forums discussing aspects of finance, including financial technologies, local and international markets, capital and investment as well women in tech. Opening the three-day event, Kazakh Prime Minister Bakytzhan Sagintayev said the launch of the AIFC, a much anticipated event for the country, is the “largest national megaproject over the years of independence” seeking to turn Kazakhstan and its capital into a financial hub of the region and attract greater financial inflow and human capital.

The AIFC targets the markets of Central Asia, the Eurasian Economic Union, the Caucasus and the Middle East with a population exceeding one billion people.

“Kazakhstan considers the AIFC as part of a global financial system. Financial centres managing international money flow stretch across the globe from Toronto to Sydney and from Tokyo to New York,” said Sagintayev.

The role of the AIFC incorporating English law and attracting foreign experts is also significant, he said. Astana is key for new transcontinental routes of China’s Belt and Road Initiative.

He reiterated preferences offered to companies registered at the centre, including tax exemption for 50 years, simplified visa regime and choice of currency. The AIFC has registered 50 companies so far.

At a Global Finance Forum panel session discussing long-term capital and investments, Peter Tils, former CEO for Central and Eastern Europe at Deutsche Bank, said development of a long-term asset management should serve as a keystone in developing the AIFC.

“In order to become a centre of the region, it must attract expertise, top management firms and localise them,” said Tils.

“Kazakhstan is one of the few countries in the region that embarked on attracting foreign investments,” he added.

“Astana can rely on the Eurasian Economic Union and at the same time should take advantage being at a point of connectivity with South East economies. Astana has characteristics and factors of success of financial hubs,” said Pouyat.

Kazakh Minister of Labour and Social Protection Madina Abylkassymova stressed the potential of the region.

“The region has big prospects. Uzbekistan is opening up. India, China are very close. We are targeting the whole Eurasian region and beyond. It is a right location, best brains, human capital, and we are investing big in human capital, it will help the AIFC to succeed,” she said, stressing Kazakhstan’s efforts to bring the country closer to the Organisation for Economic Cooperation and Development (OECD) standards.