Not everyone is aware of gender discrimination in Ukraine. Not many think about gender equality in Ukrainian politics. However, when we go for numbers, the situation looks horrible. While women take 22% of places in national parliaments in the world, in Ukraine this number is only 12.5%. A few years ago, it was 4% and later 8%. The percentage of women in the parliament in Ukraine is even lower than the medium one for Arab countries, which is 17%, writes Alina Nychyk.

Talking about lower levels of politics in Ukraine, there is only one woman the governor of the region – Kharkiv oblast. While there are only 9.6 % of women heading cities, there are 19.3% heading villages. It is easier for Ukrainian women to get lower positions in politics.

Why in the society, where women have been playing crucial role in the whole history, female part of 45-million nation experience huge difficulties in entering the world of politics? Ukraine has its history of women in power. Grand Princess of Kiev Olga, Anna Yaroslavna - the queen of France or Roksolana, who was ruling the whole Ottoman Empire – are only the most well-known examples. From the other side, one of the biggest feminist organization in Europe, the Ukrainian Woman's Union, was founded during the 1920s in western Ukraine.

While Ukraine search for closer co-operation with the European Union, there are some positive steps in gender indiscriminative legislation. In 2013, the legislative quota of 30% was adopted, but it did not bring the expected results in the 2014 elections (20 out of 29 parties did not fulfill this requirement). The issue is that there were no penalties for the violation of the norm. Now, there are only 53 women out of the 423 deputies of Verhovna Rada. Out of the 47 women elected in 2014 to parliament only two achieved this by winning a constituency (the election used a mixed electoral system with 53.2% MP's elected under party lists and 46.8% in 198 constituencies). This proves the attitude of general public to women as politicians in Ukraine.

Ukraine is 145th among 193 countries going on the amount of women in the national parliament.

Ukrainian women work hard for the development of the country, but sometimes stay behind the curtain and do not reveal their whole potential. Women can become the driving force of democratic reforms, but also of Ukraine’s integration into the EU. However, attitude of Ukrainian society still keeps many talented women away from their dream jobs in politics.

Increasing women's representation in the government can empower women and is necessary to achieve gender parity. Women stand for stability, social justice and sustainable development. They support co-operation between nations and less probably get involved in interstate conflicts.

Ukraine is going to the EU and empowering Ukrainian women to become part of this road will definitely accelerate the process! 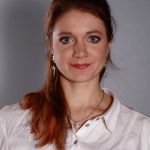