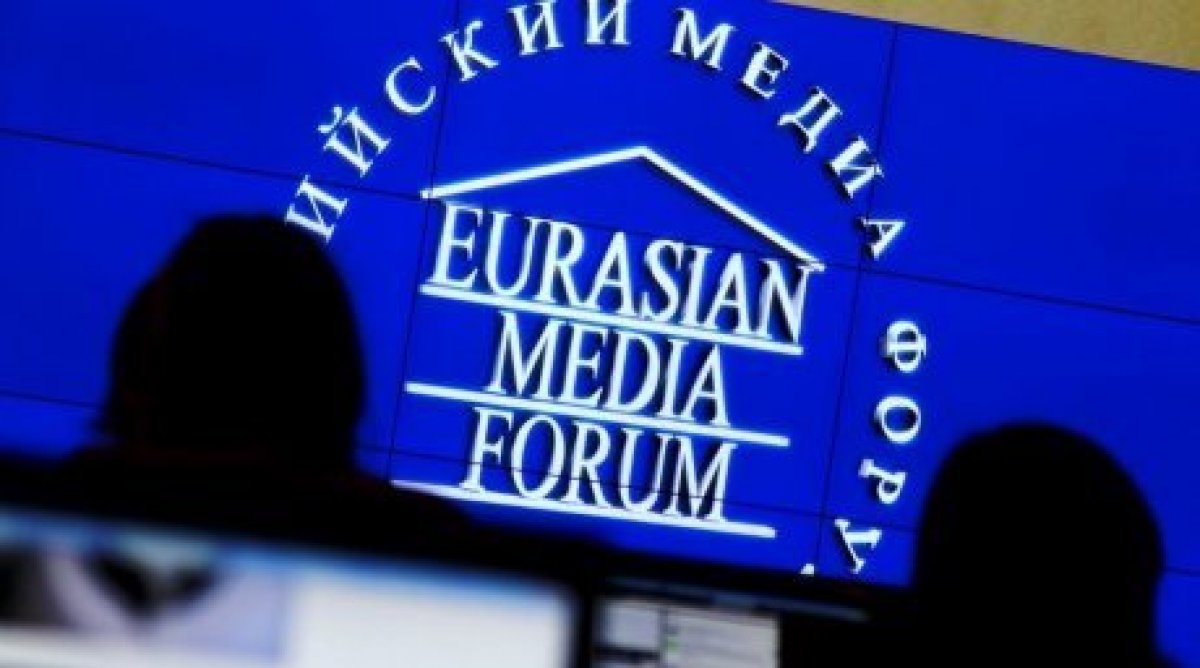 "The main priority for the European Union today should not be the economic situation (…) but to reconnect with its people. The focus should be on creating a sense of identity, tapping on European culture and human values, that is the only way to win against populism,” said Matteo Renzi, Italy’s former prime minister, last week during the Eurasian Media Forum in Almaty, γράφει Jeanne Laperrouze in Almaty, Kazakhstan.

"When the link between the people and their political and media institutions is broken, the room is wide open for populism to rise,” Renzi added.

"At a time of growing tension among world powers, the role of the media in international communications is even more crucial than before,” said Dariga Nazarbayeva, initiator of the Eurasian Media Forum during the opening ceremony.

This annual Forum was created to set up a platform between East and West to discuss key challenges that the world is facing as well as the role of media.

'15 years of evolution' was the theme of this year’s forum that brought food for thought on sensitive issues ranging from the loss of confidence in media and political institutions, the dissemination of fake news and the rise of bloggers, to the cooling of international relations and climate change.

"The media is the least trusted institution of all,” stated Andres Ilves, writer and journalist, moderating a session on the decrease in the public trust in government, business, media and NGOs around the world.

Khatia Dekanoidze, a politician from Georgia, expressed that in her experience, the reason for the crisis of public confidence in institutions is entirely due to corruption. For instance, to fight police corruption and to ensure respect for human rights reforms in Georgia have included mass dismissals as well as the introduction of glass police stations, which are fully transparent.

She added :“Trust is a social contract between the government and the people.”

Clark Plexico, President of International Strategies Inc. and a former Senator from Carolina in the US, identified the main problem as being the authorities, who are hiding the truth from the people when faced with difficult decisions that require sacrifices.

“Then they start dancing around the truth, not telling everybody everything,” he said.

Εν τω μεταξύ, Brexit, the debt crisis, the refugee crisis, and the position of the EU in current international relations were at the centre of discussion on the future of the European Union.

Sam Wilkin, Senior Adviser to Oxford Economics and Oxford Analytica, described the British referendum vote as a “much needed wake-up call, which came too late”.

The EU suffers from what he described as a democratic deficit, making reference to the handling of the debt crisis that has given a boost to the populists.

And Eli Hadzhieva, Director of the Brussels-based NGO Dialogue for Europe, explained that without appropriate and long-term integration policies for refugees, the EU will let populism and radicalisation grow.

She also highlighted the importance of building a strong European defence mechanism to reinforce the credibility of the Union in the world, particularly in view of Brexit, which will deprive it of its biggest military power, and the increasing unreliability of the US to protect it.

During a session on fake news, Ukrainian legal counsel and human rights activist Andrey Buzarov stated that people were more likely to believe in fake news if it coincides with their own beliefs.

Roger Fisk, media and political strategist, said that fake news paradoxically represents an opportunity for traditional media to recover from the trust crisis they are facing. Because it has given them a new role: to uncover fake news.

And Harlem Desir, OSCE Representative on Freedom of the Media, warned about the risk of censorship in an attempt to tackle fake news whether it is through legislation by states or self-regulation by social media. He stressed that part of the solution lies in the creation of independent fact-checking organisations, the implementation of media literacy programmes, as well as international law to prevent foreign meddling in national affairs.

Discussing the rise of bloggers, Reham Khan, a British-Pakistani journalist and producer, explained that she left mainstream media in Pakistan, where most of the news were controlled by the state, in order to be free to report on human rights abuses and to pursue her advocacy work.

She said: “Media always have an agenda. In certain countries, media are state- or company-owned, or complicit with lobbyists, dictators, the army, or politicians, who keep control over their agenda. Under those circumstances, bloggers are the only alternative to inform people and to debunk fake news”.

Noreen Jameel, head of HBO’s Vice News Tonight in London explained that, as a journalist, she needs bloggers and activists in conflict zones, such as Syria, or in countries where there are only state-owned media, where they actually are the only source information.

During the closing ceremony, Dariga Nazarbayeva stressed the importance of having such a platform which allows for a thorough debate on key global challenges while acknowledging that it would be difficult to find common ground among delegates with sometimes diverging opinions. She announced that the next Forum will take place in Almaty in 2019.