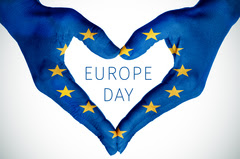 As the anniversary of the Schuman Declaration of 9 May 1950 is marked today, European People’s Party President Joseph Daul has called for European citizens to take inspiration from the extraordinary example set by the European Union Founding Fathers:
“The European project was founded on the principles of solidarity and unity. Confronted with the aftermath of war, European leaders joined forces and brought a continent together. Peace and reconciliation in Europe could not have happened without the vision and determination of Robert Schuman and the leadership of EU and EPP Founding Fathers.
"Today, like in 1950, the continent faces many challenges that can only be overcome by joint actions. Security, migration, economy, climate change need European answers and the European citizens expect European leadership. We must remain true to the origins of the European project and address the concerns of the European citizens, combining solidarity and responsibility.
"As a true Christian Democrat, Robert Schuman, said on 9 May 1950: 'Europe will not be made all at once, or according to a single plan.' Challenges are opportunities to move forward together and carry on Schuman’s legacy. To guarantee the future of the European project we must always work together to better the lives of our citizens: through improving their security, prosperity and their freedom.”
Μοιραστείτε αυτό το άρθρο:
Σχετικά θέματα:Προτεινόμενοπλήρους εικόνας
Επόμενο