So-called non-performing exposures (NPEs) are the biggest challenge facing the sector and at the end of December they had fallen by €4.7 δισεκατομμύρια έως €95.7bn (83.87bn pounds), or 43.1 percent of banks’ overall loan book, the data showed.

Διαφήμιση
Greek banks have been under regulatory pressure to tackle the bad debt problem that restricts their ability to expand credit and help the economy which is recovering slowly.

The country’s debt crisis since 2010 drove unemployment to nearly 28%, which stopped many borrowers from servicing their loans and shrank the economy by a quarter.

NPEs comprise restructured loans likely to turn sour and non-performing loans (NPLs), which are credit past due for more than 90 days. Cutting them would free up more capital to fund productive sectors of the economy. 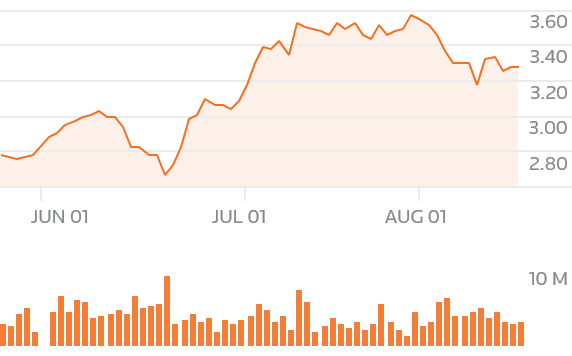 The agreed targets are back-loaded, meaning most of the reduction will take place this year and in 2019.

The reduction in the fourth quarter was the highest quarterly drop since the start of the crisis, the central bank said, brought about mainly by write-offs of €2.1bn and loan sales of €1.8bn.

The fourth quarter also saw improved collections and liquidations. Default rates slowed and were lower than the pace of restoring loans back to performing status (cure rate), it said.

The central bank noted more progress on consumer and business loan NPEs compared to sour mortgages during the fourth quarter.

At the end of December 2017, the NPE ratio of mortgages was 43.4 percent, that of consumer loans 49.3% with sour business loans at 41.8%. Coverage by loan-loss provisions was 47.4 percent, slightly down from the third quarter.