Despite Ukraine's regular calls for tougher sanctions against Russia and its representatives on the part of other countries, despite the fact that from August 2014 by the decision of the National Security and Defense Council of Ukraine to end joint activities of Ukraine and Russia in several sectors, an example of the activities of the Yuzhnoye SDO (State Design Office) clearly demonstrates populism and, in practice, the continuation of relations with Russian partners at one of the key enterprises of the country's defense complex.

According to the data, until 2013 the Russian Federation acted as the main financial partner of the Yuzhnoye SDO and accepted about 95% of the enterprise's exports. After the decision of the National Security and Defense Council of Ukraine "On Measures to Improve the State Military-Technical Policy No. 691", introduced by the decree of the President of Ukraine in 2014, the Yuzhnoye Design Bureau was to cease cooperation with the Russian side. However, the head of the bureau, Alexander Degryatev, for a long time delayed the implementation of this decision, because of close personal contacts with representatives of partner companies. After the decision of the NSDC was compulsorily introduced into the enterprise, the main partner of the Yuzhnoye SDO suddenly became the Republic of Belarus, sharply increasing the share of Ukrainian exports from 3 to 65%.

In 2015, the share of Belarus increased to 95%, while Russia's share decreased to 3%. The obvious export lock-up of financial flows leads to the definition of Belarus as an intermediary between Yuzhnoye SDO and its Russian partners. And in 2016 the share of exports to Russia increased to 35%, but the decision of the National Security and Defense Council was not abolished.

However, unlike food and household items, the products of the Yuzhnoye Design Bureau, namely project documentation and secret development of missile systems and other rocket and space technology, are a component of Ukraine's national security and can not be transferred to the aggressor country with which the military conflict still exists.

Not less interesting situation occurs with Alexander Degtyarev's reaction to a lawsuit from the Ministry of Defense of the Russian Federation regarding the Yuzhnoye SDO. Instead of actively defending the interests of the enterprise in court, the management of Yuzhnoye SDO  distanced itself from the trial, citing the suspension of court proceedings initiated by the Russian side.

"The cooperation of the Yuzhnoye SDO with the Ministry of Defense of Russia under a contract dated August 29, 2003 was terminated in 2014 pursuant to the decree of the President" On the Decision of the National Security and Defense Council of Ukraine of August 27, 1944 "On Measures to Improve the State Military-Technical Policy No. 691 / 2014 ", - the agency reports. Through more than 10 years of cooperation, the Ministry of Defense of the Russian Federation is filing a lawsuit against the Yuzhnoye SDO with a fine of about $ 20 million for forfeit and unjust enrichment. But at the same time, the Yuzhnoye SDO did not make a single step on its part to terminate the agreement within 3 years before and during the action of the NSDC decision.

Not less interesting is the fact that on February 7, 2017, a lawsuit was filed, on February 14, a court session was held "on the adoption of a lawsuit by the plaintiff", and on March 20 the case was set for trial. However, after that all the meetings were postponed every other time, and so already 9 times.

Lack of active legal protection of the interests of the Yuzhnoye SDO and also the fact that, at the initiative of the Russian Defense Ministry, the case is classified as "Secret", the hearings took place in a closed court session, which has led to the fact that the claims of the Russian side are virtually unilaterally examined. As a result, decisions made on the courts without the participation of Ukrainian lawyers can critically affect not only the financial condition of the design bureau, but also the budget of Ukrainian taxpayers in general. The head of Yuzhnoye SDO declines to comment. All of the above leads to a conclusion about the completely possible contractual relationship between the Yuzhnoye Design Bureau and the Russian side.

In addition to significant financial damage to the Ukrainian budget, this state of affairs will entail other, equally grave consequences for the industry. One option for the development of events, according to experts, could be the expropriation of Russia by the first Ukrainian geostationary telecommunications satellite Lybid.

Thus, Ukraine not only risks receiving a significant financial burden on the budget, but also losing part of the strategically important developments for the country's defense.

And given the fact that the Yuzhnoye SDO and its head, Alexander Degtyarev, were repeatedly convicted of potential links and the transfer of important technical information to China, and subsequently it is quite possible for Korea, as the mass media of many countries wrote about, only hope that in this case Russia is not also an intermediary with Korea. 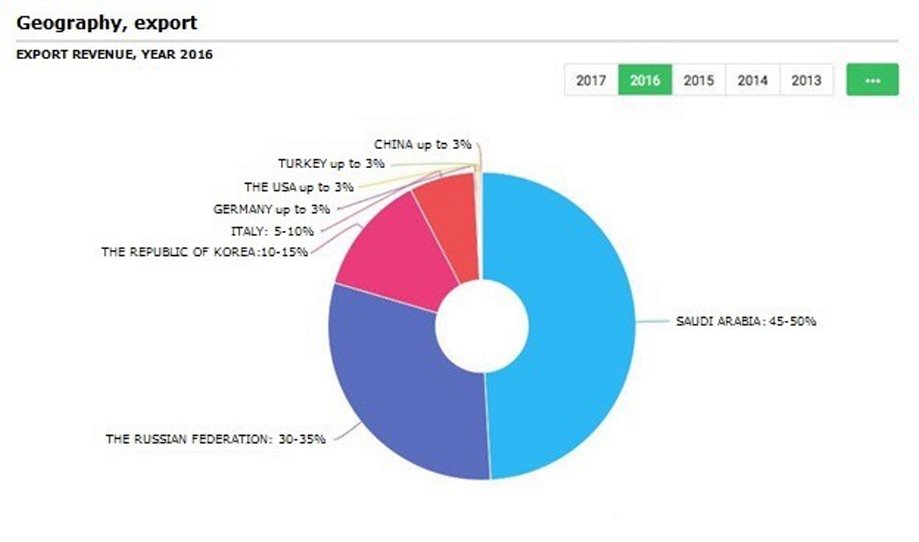 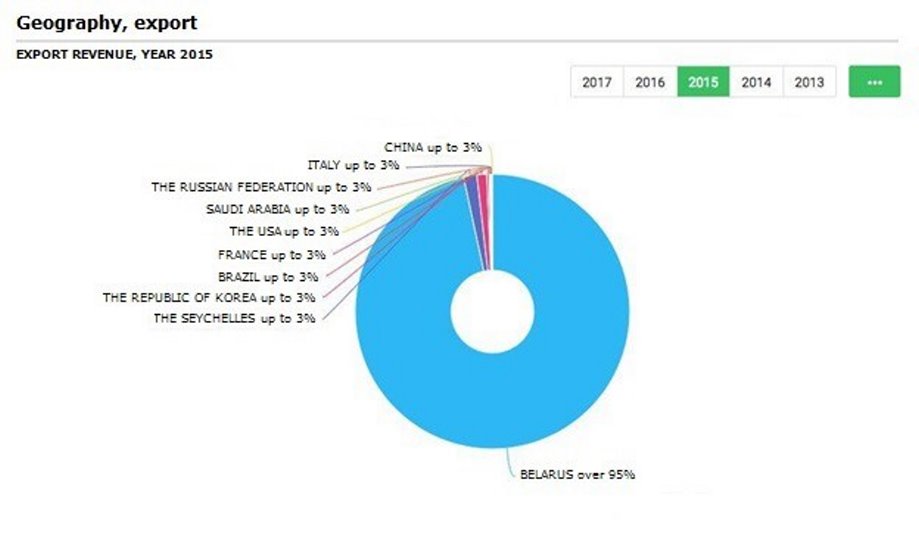 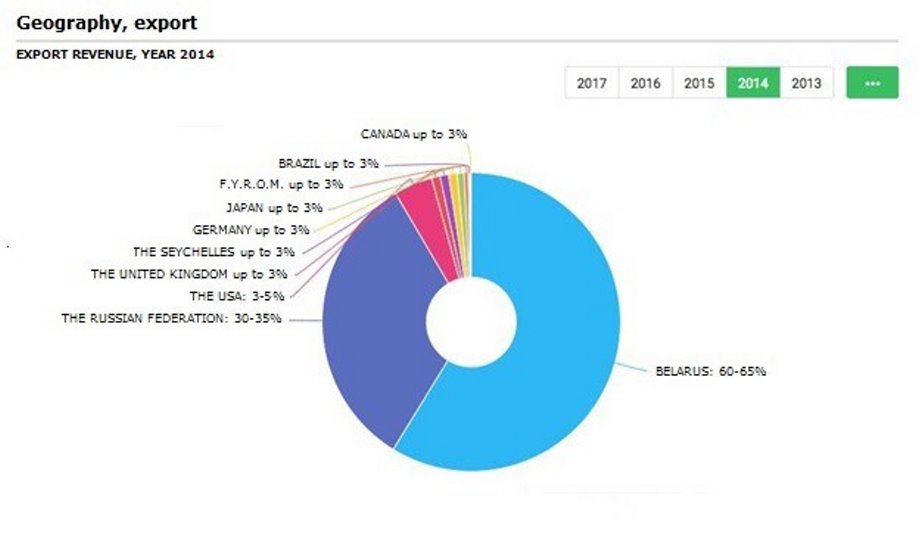 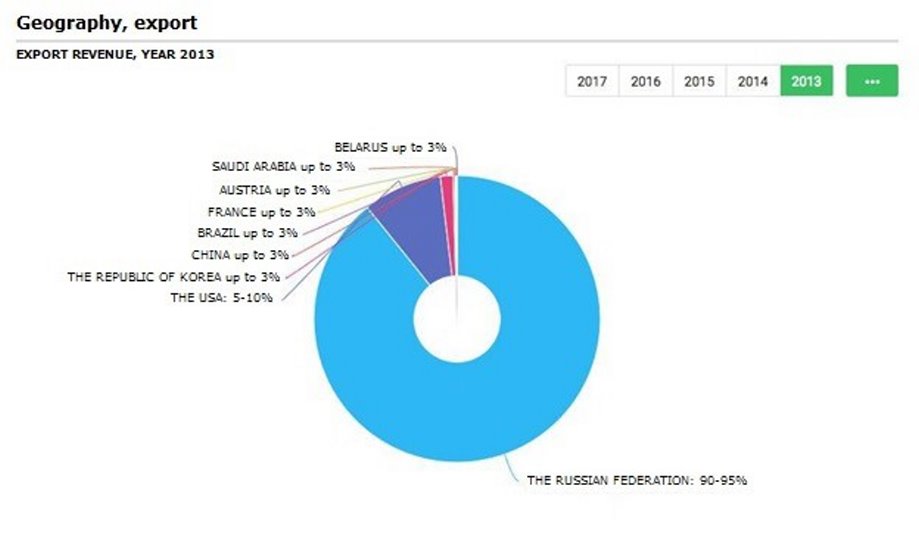